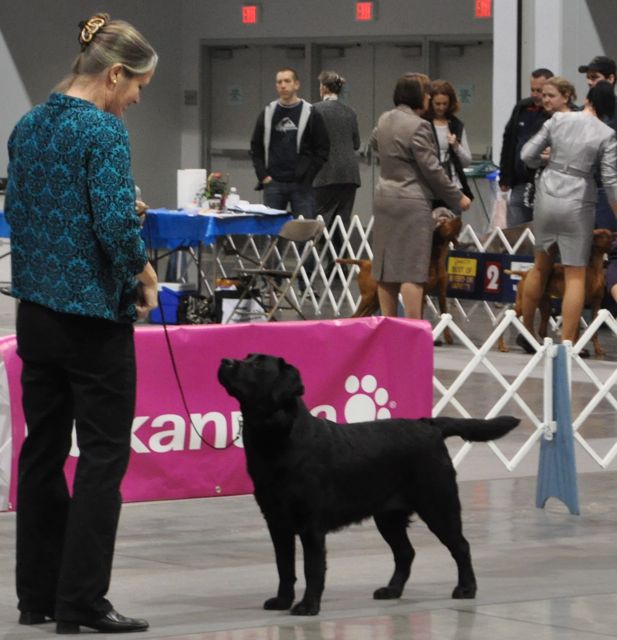 Penny was Winners Bitch and BOS over specials for two majors at the 2012 Portland shows, at just a year old from the 12-18 month class. 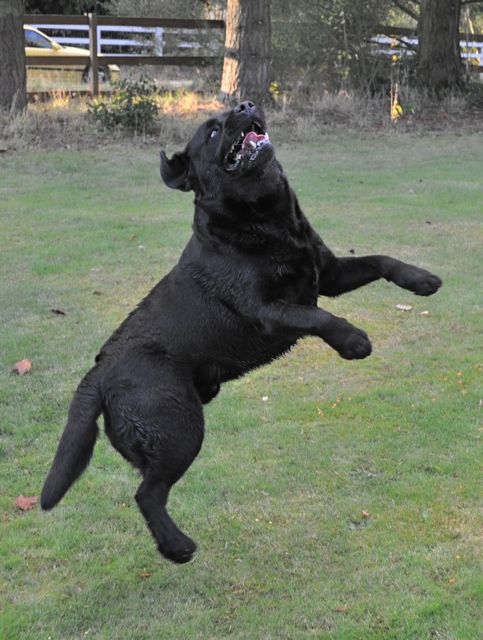 Coal was Best in Show at PSLRA for the second year in a row, and again at the IPLRC specialty for the second time, and Josey was Winners Bitch and Best Opposite. 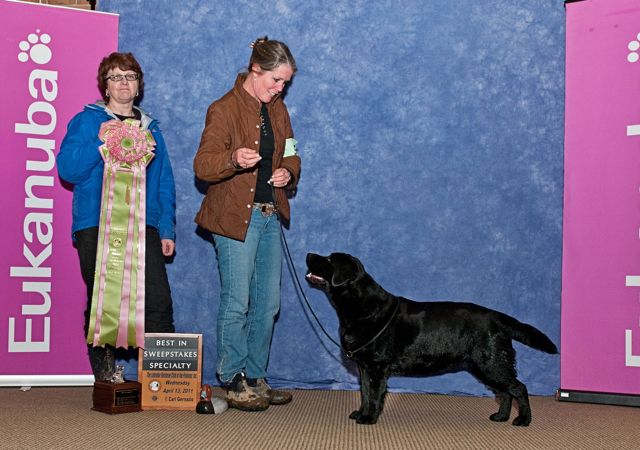 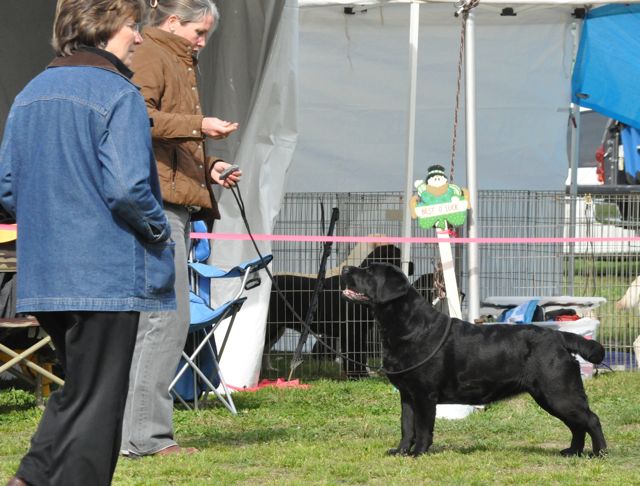 Josey was Best in Sweeps at the 2011 Potomac specialty and both SJVLRC shows. 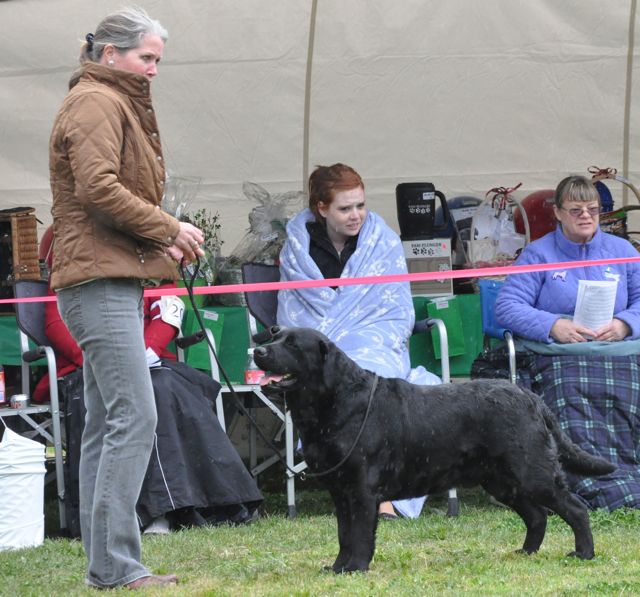 Dually was Winners Dog at the 2011 SJVLRC show. 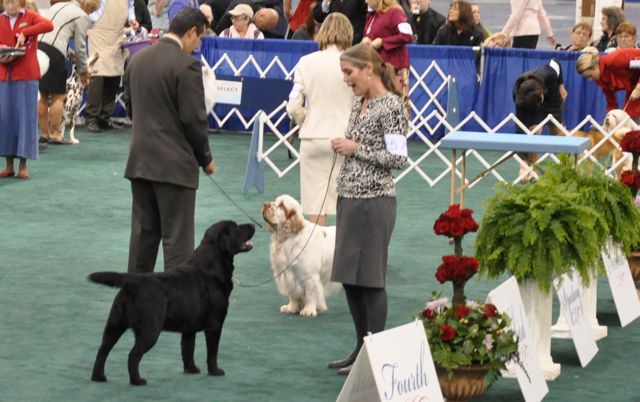 Coal began the 2011 show season with a bang, with four Best of Breeds, two Group 3s and a Group 1 in just two weekends of dog shows.
He finished the year one of the top Labradors in the country. 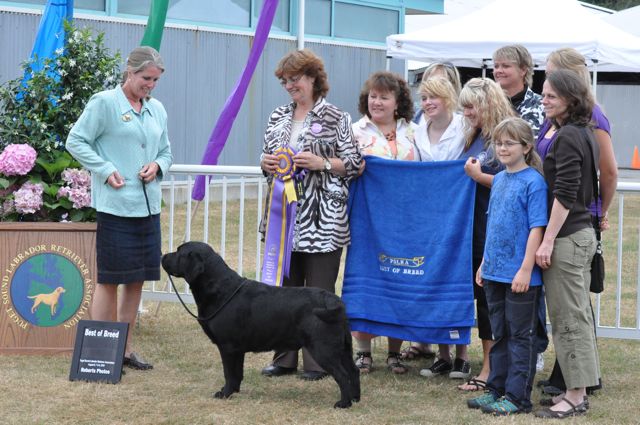 Coal was Best In Show at the PSLRA Specialty, 2010, and then again in 2011. He also earned his Grand Champion title,
only the tenth Labrador in the history of the breed to do so. 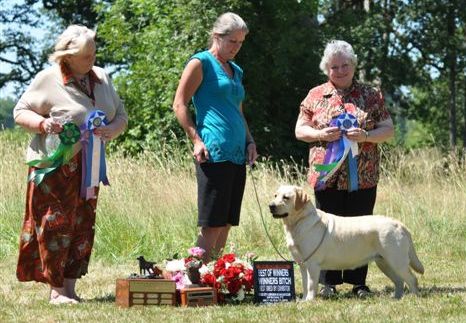 Eva won back to back specialty WB and Best of Winners at the RCLRC shows, July, 2010 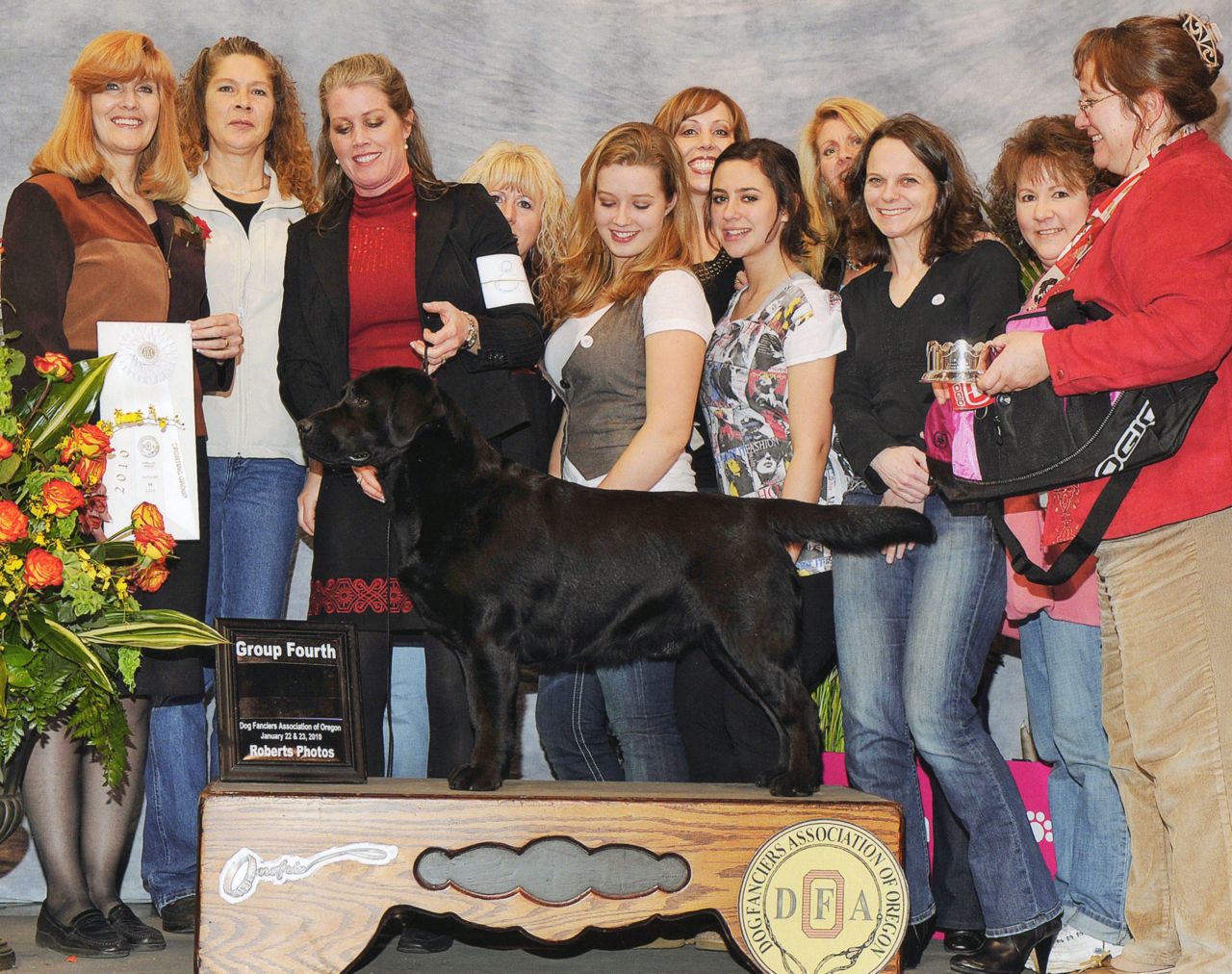 Coal finishing his AKC Championship with a bang, going WD, BOB and Group 4 from the BBE Class at the Rose City Classic shows in January. The icing on the cake was his daughter, Eva, was WB and BOS. All over nationally ranked and specialty winning specials. 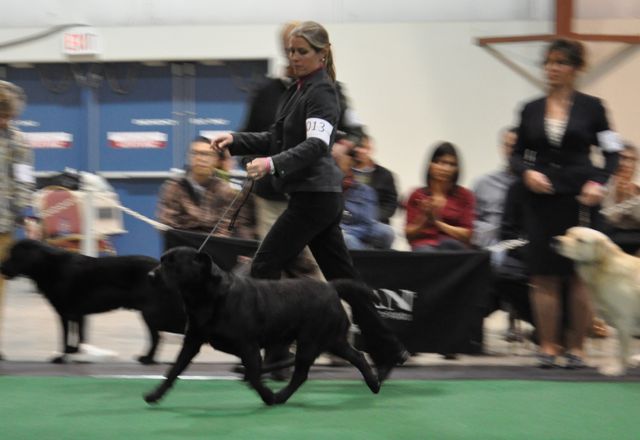 Coal going WD and Best in Specialty at the IPLRC show in BC, October, 2009.. 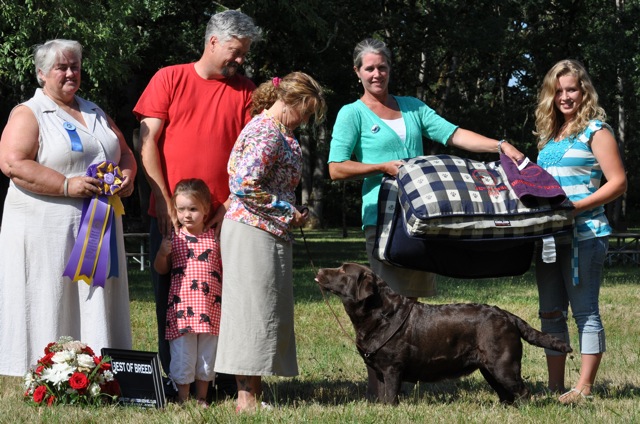 Apple's daughter Nipntuck Snapdragon was WB, BOW, and Best of Breed at RCLRC under Marion Lyons.
Snap is now MBISS Am/Can. CH Nipntuck Snapdragon, having won three back to back majors in CA, including a specialty win,
to finish her American Championship. She is owned by Linda Maffett and Buffy Gonzales. 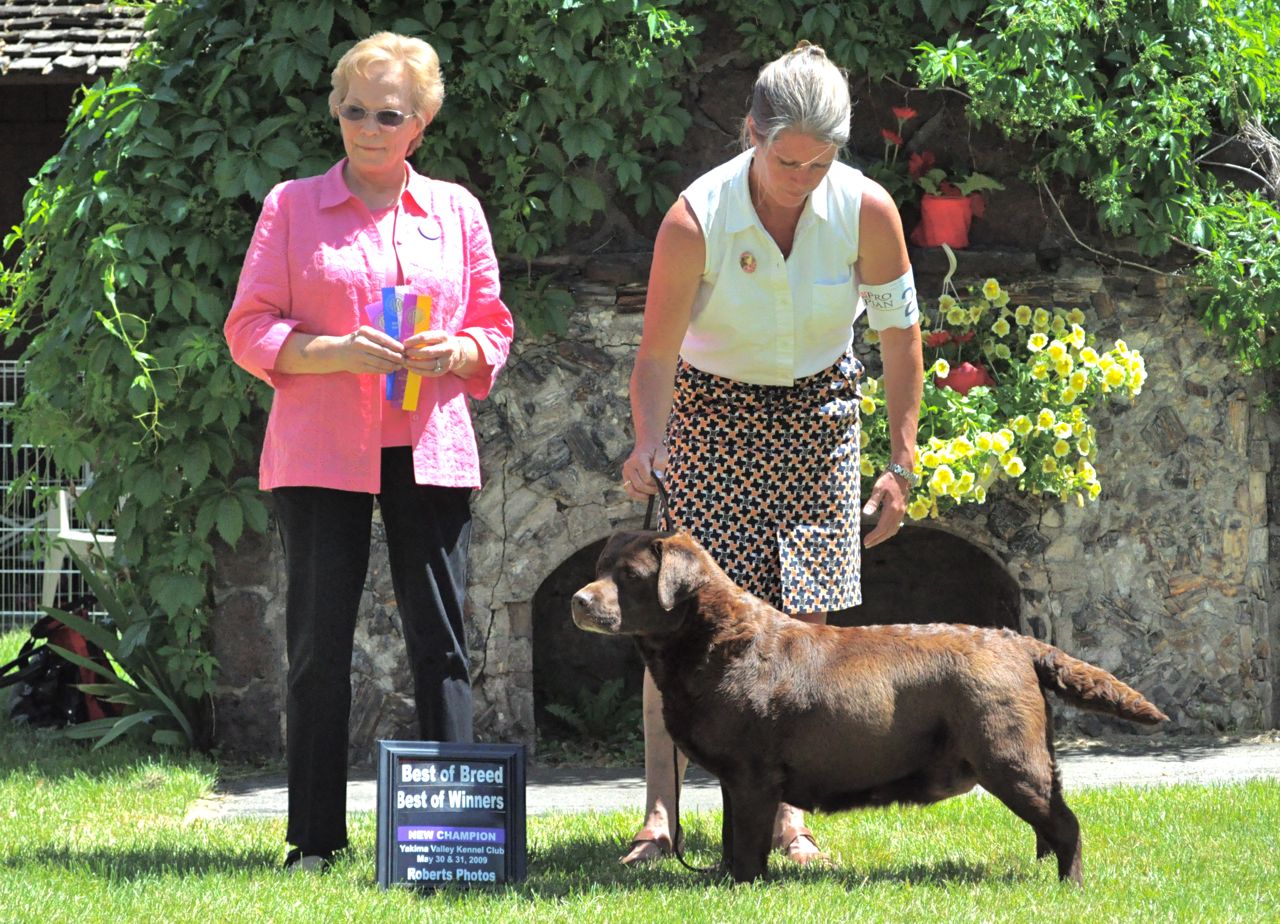 Apple is a Champion! Finally, at six years old with three Specialty Best of Winners and five Best In Sweepstakes, then four spectacular litters in between, Apple trotted her matronly figure around the ring and impressed provisional breeder-judge Trudy Rose enough to be awarded her final point towards the AKC Championship title. We are very pleased! :) 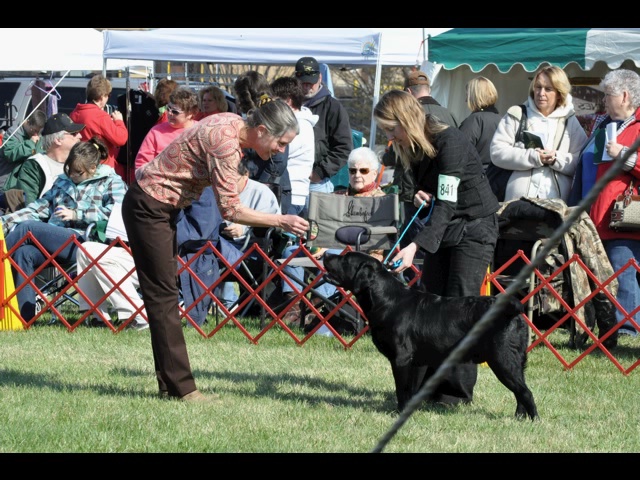 **Becky had the great honor of judging the sweepstakes dog classes at the incredible Labrador Retriever Club of the Potomac this year. This is the biggest specialty show in the world, total Labrador entry for 2009 was 1,508. Come see pictures and the class placements/critiques.** 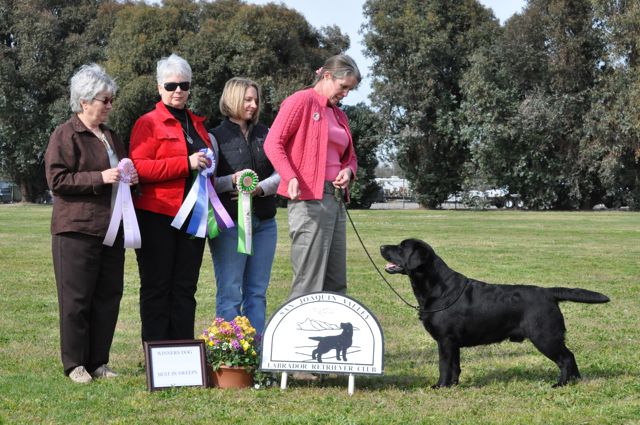 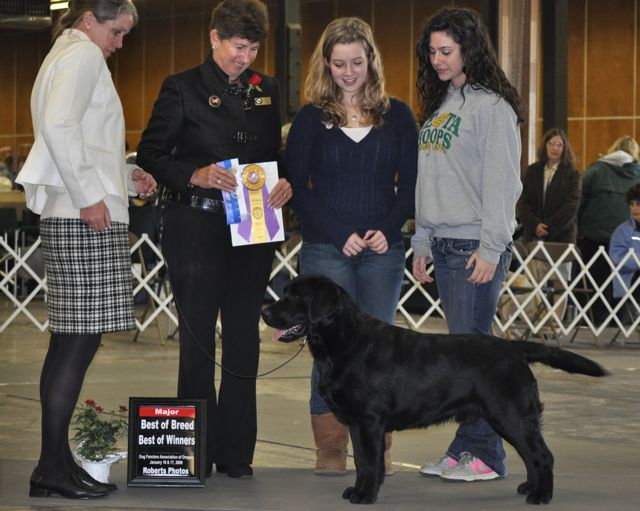 At the huge Rose City Classic shows in Portland, OR in January '09, Coal thrilled us by not only winning the 12-18 month dog class every day, but by going Winner's Dog and Best of Breed on Saturday, over nationally ranked specials. The Labrador entry that day was 84, and over 4,000 dogs total were entered. Animal Planet filmed the group that night, and we had a ball! (Even though you probably won't recognize me, as Amanda did my hair and makeup.) Our wonderful friends brought down the rafters with their screams as Coal took his turn, to the point that as I went back in line, one of the other handlers said to me--"What did THAT cost you?" Thanks to all my great friends for making it a show to remember. Here is the short clip of Coal and Becky on Animal Planet. 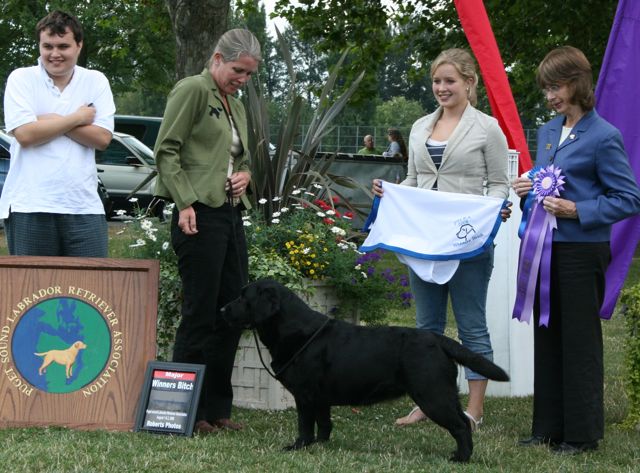 Our Booty was Winners Bitch at PSLRA this year, making it the third year in a row that a Rah Rah kid has been Winners at PSLRA. The icing on the cake was not only was Apple Reserve Winners Bitch to Booty, but Coal was Best Puppy. PSLRA and judge Diane Pilbin were good to us this year. :) 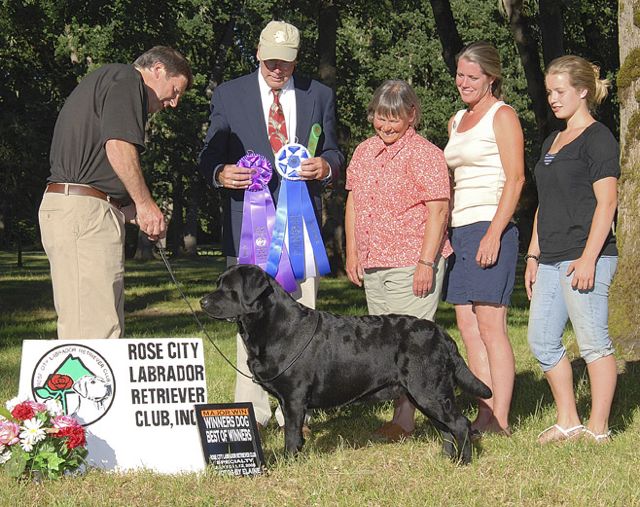 
There were FOUR new Nipntuck Champions in 2008! Nat finished by going Winners' Dog and Best of Winners at the Dallas Fort Worth Labrador Retriever Club show. This was his fourth specialty win, congrats to his owners the ladies at Hyspire. Nipntuck Jump Start, JH, owned by Toni and Lorraine Leitao, Misty Mountain Labradors, finished by going WB on 6/8 in Puyallup, and also earned her JH in 2008, Trip finished on 7/26, and beautiful Drummer is now MBISS Am/Can CH Nipntuck Yell King, having finished on 8/24 with his fourth major. Two were specialty wins, congrats to Rick and Cindy of Bakerbay Labradors! :)


**Coal is Major Pointed at his very first dog show, at six months, one week old.** 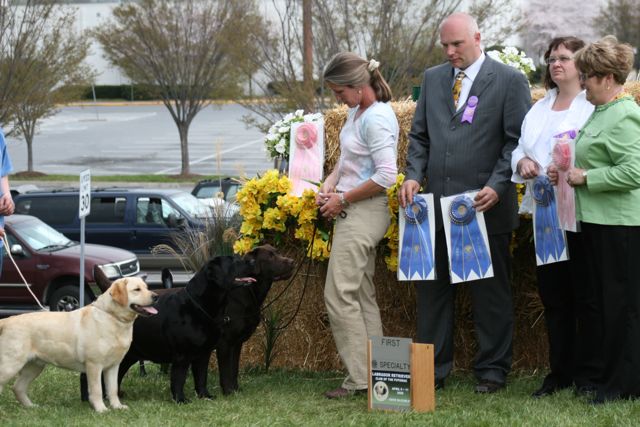 We are amazed and humbled to have walked in the ring seven times at the Labrador Retriever Club of the Potomac in Frederick, Maryland and walked out with five firsts and the Best Bred By Exhibitor Overall Award. This is the third time a Nipntuck Labrador has had its name engraved on the Best BBE trophy (Archie 1997, Caper 2004, and now Booty). Total entry for 2008 was 1,630 Labradors! Potomac is the biggest specialty show in the world. Come see pictures of the Potomac.


** Nipntuck Labradors is proud to be the feature article "Labrador People"
in the Fall 2007 Labrador Quarterly. Part II of the interview appears
in the Winter LQ. **