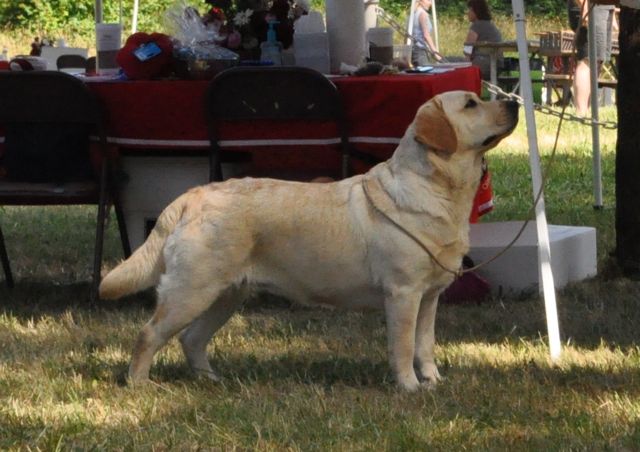 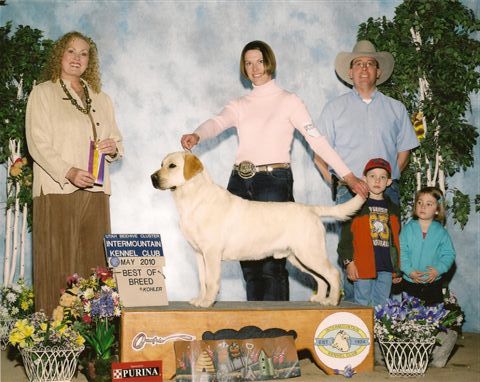 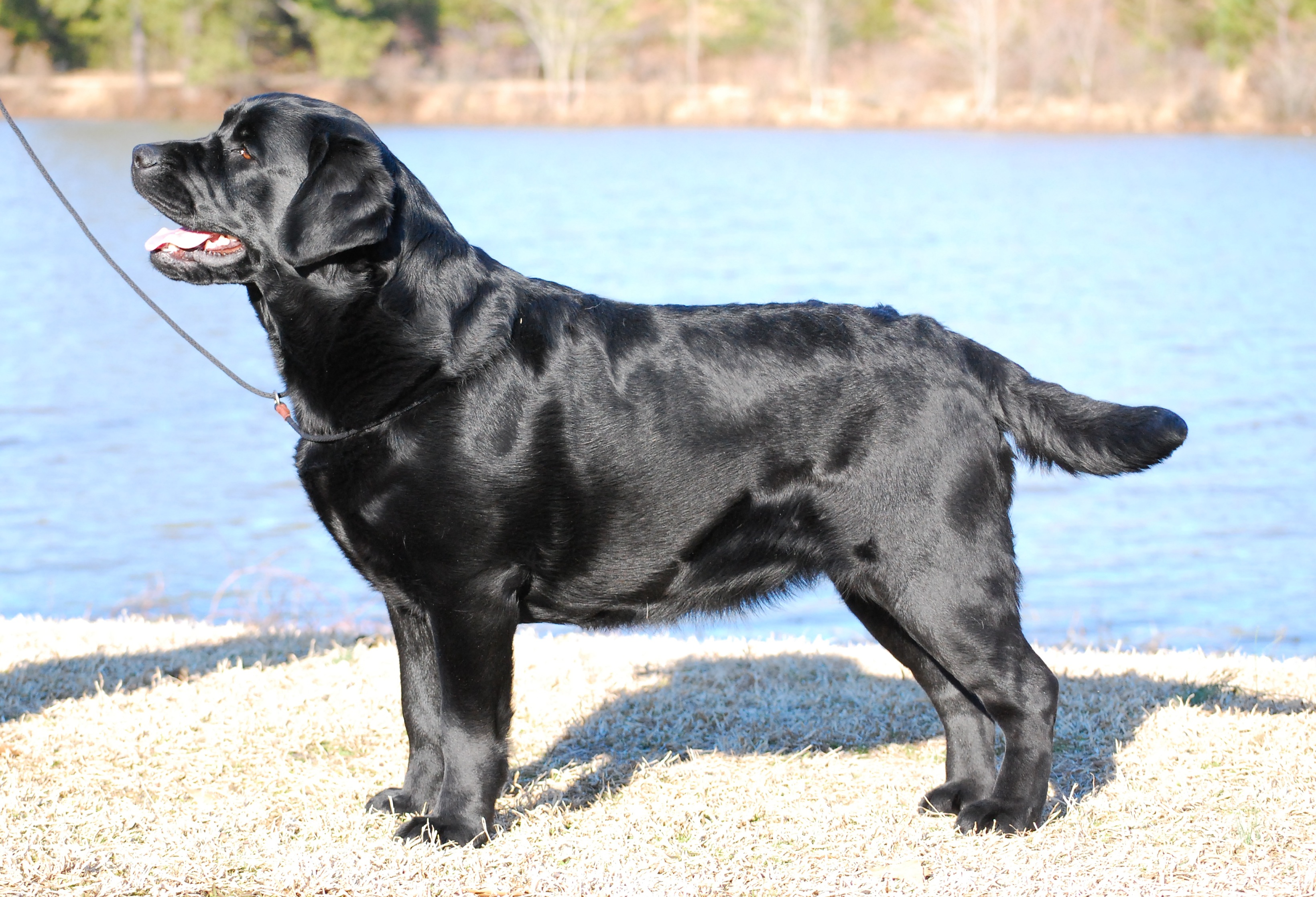 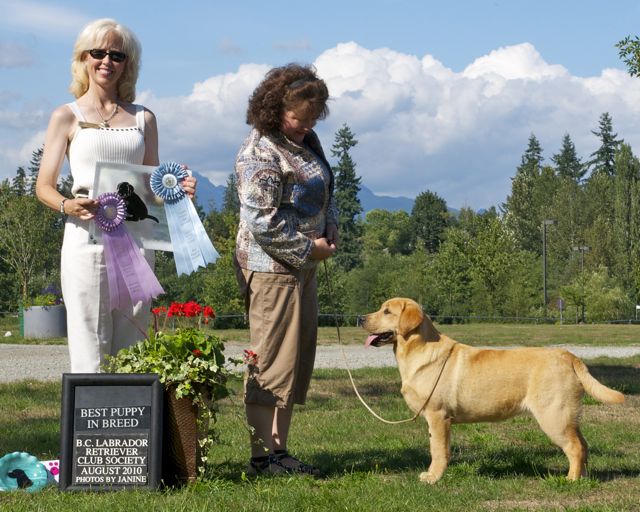 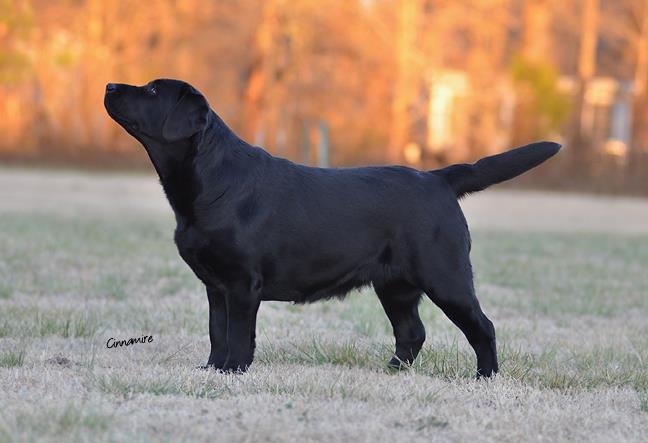 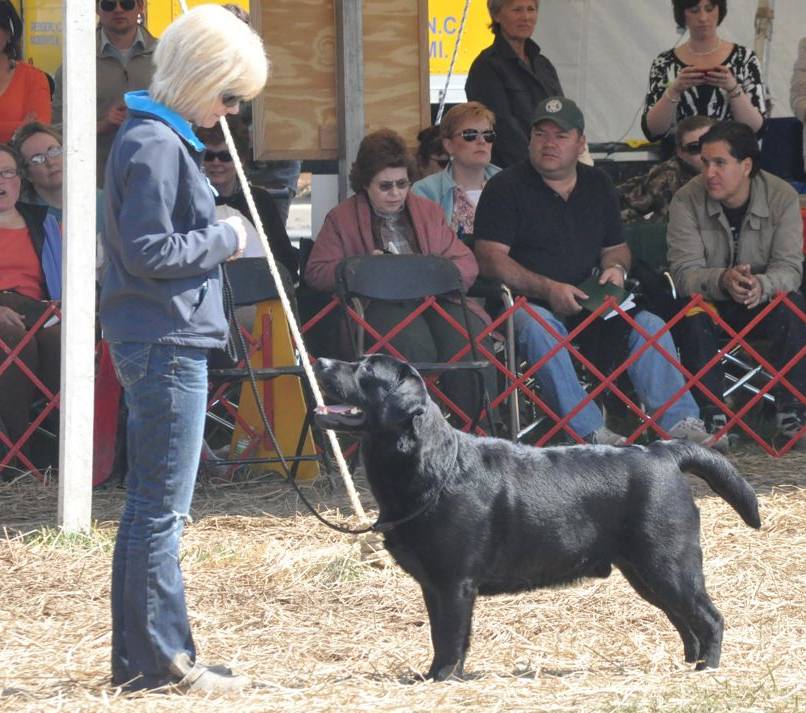 This is Eva winning back-to-back WB and BOW at RCLRC, and her littermate, Parker, going WD and BOB over specials with his novice owner/handler. Also CH Hoffman's Sweet on the Lips, a puppy from Ruth Hoffman's Coal litter who has now a Champion and won multiple specialties from the puppy classes. Linda Maffett has two Coal puppies who have gone WD/WB at specialties from the puppy classes. Diane Sullenberger's Payton, who was RWB and Best Puppy at BCLRC under Barb Gilchrist, and Kathy Gibson's Helo, who was WD at his AND her very first dog show at just six months old. Heidi Herman's Scribbles has won four specialties and seven Best in Sweeps. Someone said to me the other day--I can pick the Coal puppies out of any crowd, they all have tons of bone and great toplines. We are so pleased with what he is producing, at a match in Sept. both Best Puppy and Best Adult were Coal kids, and Linda Maffett's JJ was BOB and Group 3 at the IPLRC specialty in Canada. Ingrid Jackson's Coal son has won multiple specialties, is a Grand Champion, and won the Stud Dog class at Potomac 2013. So at five, Coal has already produced ten specialty winners. :)